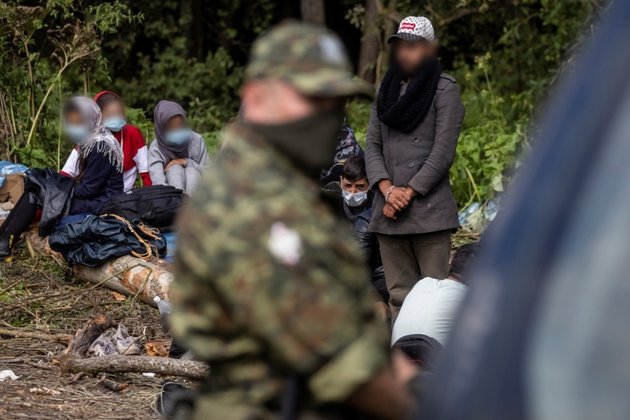 The Polish border guard service says an Iraqi migrant has died near the country's frontier with Belarus, the fourth such death in the area over the past week amid a surge in illegal migration across the European Union's eastern flank that officials accuse Minsk of fueling.

In Brussels, the EU executive said on September 24 that allowing border guards of the EU border agency Frontex on the border with Belarus would be 'a very good idea.'

'It is essential for Poland to carry out border management duties effectively. However, this should not come at the expense of human life. We urge member state authorities to ensure that people at the border are given the necessary care and assistance,' a European Commission spokesman told a news conference.

Earlier in the day, the Polish Border Guard announced that a group of immigrants from Iraq was detained last night 500 meters from the border with Belarus.

'One of the men, despite having been resuscitated by a patrol and an ambulance team, died (probably of a heart attack),' it said on Twitter, adding that another person was taken to hospital after testing positive for COVID-19.

Poland and Lithuania are facing a surge in migrants, mainly from Iraq and Afghanistan, crossing over from Belarus in what European officials say is retaliation by Belarusian strongman Alyaksandr Lukashenka for sanctions against him and his regime by the bloc.

The two EU member states have declared states of emergency that deny entry to some border regions to anyone except border guards and security services. They are also building razor wire fences along their border with Belarus.

Warsaw has not invited Frontex staff, saying so far that it can manage the situation.

The Polish Border Guard reported more than 3,500 attempts to cross the border illegally from Belarus last month. More than 5,000 attempts have been recorded since the start of September.

On September 19, the Polish authorities said the bodies of three people who had allegedly tried to enter the country illegally were discovered in the border area with Belarus.

A fourth person was also found dead on the Belarusian side of the border.

Following the deaths, the International Organization for Migration and the UN Refugee Agency requested immediate access to asylum seekers stranded at Belarus's border with Poland and Lithuania.

The two agencies said in a statement they were "following with growing concern, reports of pushbacks of people at these borders. Groups of people have become stranded for weeks, unable to access any form of assistance, asylum or basic services. Many were left in dire situations, exposed to the elements, suffering from hypothermia. Some were rescued from swamps.'

'I take this opportunity to remind all governments that under international law, no-one should ever be prevented from seeking asylum or other forms of international protection,' Bachelet said, adding that illegal migrants and asylum-seekers are entitled to food, water, and medical care.

She also said that any asylum claims should be examined individually.

Prime Minister Mateusz Morawiecki insisted that Poland was providing assistance, writing in a Facebook post: 'We try to help and save the lives and health of all illegal migrants who have crossed the border into Poland and have been found in time.

The inflow of migrants at the Polish and Lithuanian borders began after the EU has imposed several rounds of financial penalties against Lukashenka, his inner circle, and key state-owned companies in response to Lukashenka's brutal crackdown on peaceful demonstrators and the opposition following a disputed presidential election in August 2020.

With reporting by Reuters 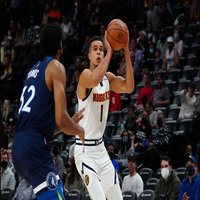