"The Houthis expanded their military campaign after seizing key areas from the government forces in al-Bayda province following ferocious battles," the local military source said on condition of anonymity.

During the past 24 hours, nearly 25 members of the Houthi rebel and more than 20 soldiers of the government forces were killed in al-Bayda's battles, he said.

"The Houthi militia began planning to achieve other military gains through advancing into the areas of the neighboring government-controlled province of Abyan," he added.

Ferocious armed confrontations are still taking place in Abyan's district of Mukayras and other areas as the government forces attempted to repulse the Houthi attacks, according to the official.

On Wednesday, the Houthis completely seized As Sawma'ah district in al-Bayda and deployed scores of their fighters there after the withdrawal of the government forces.

The Iran-allied Houthi militia recently intensified their military operations against the government-controlled areas in different parts of the war-ravaged Arab country, and succeeded in capturing key areas from the government forces backed by Saudi Arabia.

Yemen has been locked into a civil war since the Iran-backed Shiite Houthi militia overran much of the country militarily and seized all northern provinces, including the capital Sanaa, in 2014.

Saudi Arabia has been leading an Arab military coalition that intervened in Yemen in 2015 to support the government of President Abd-Rabbu Mansour Hadi after Houthis forced him into exile. 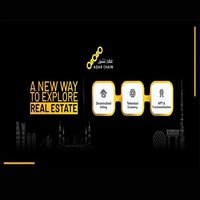