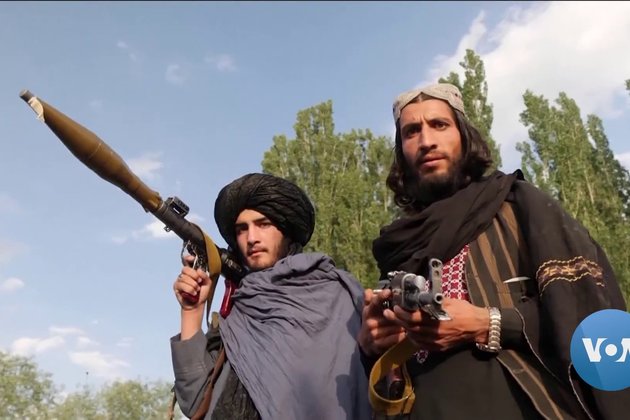 ISLAMABAD, PAKISTAN - A global human rights monitor on Friday accused the Taliban insurgency in Afghanistan of detaining and executing suspected government officials as well as security forces, and in some cases their relatives.

Human Rights Watch lamented in a statement that the Taliban's retaliatory actions ran counter to their pledges that no harm would be inflicted on people who worked for the Afghan government or assisted the United States and NATO troops.

The allegations came as the Taliban continue to make territorial gains across Afghanistan and government security forces struggle to contain them. The insurgents deny they are carrying out revenge killings.

The slain man had posted routines that included songs and jokes on TikTok and reportedly also worked with the Afghan police force. Taliban fighters abducted him from his home and beat him before shooting him to death, according to HRW.

"His murder and other recent abuses demonstrate the willingness of Taliban commanders to violently crush even the tamest criticism or objection," Gossman said.

A video of two armed men slapping and abusing the detained comedian went viral on social media, prompting Taliban spokesman Zabihullah Mujahid to admit insurgent fighters were behind the incident.

Mujahid said the men have been arrested and will be tried because they were bound to bring the comedian before a Taliban court instead of executing him.

Insurgent commanders are also accused of detaining scores of people associated with the government or police in Kandahar.

"Advancing Taliban forces have no blank check to brutally target their critics," Gossman said. "The Taliban leadership usually denies the abuses, but it's their fighters carrying out these attacks and their responsibility to stop the killings."

The U.S. government also condemned the killing of the comic.

"Nazar Mohammad 'Khasha' was a beloved comedian, bringing laughter & joy to his community even in dark times," tweeted Ross Wilson, acting U.S. ambassador in Kabul. "The Taliban kidnapped & lynched him, then gleefully published video evidence on Twitter. We condemn these sickening actions & the Taliban leadership should too."

The Taliban unleashed their latest wave of battlefield attacks in early May, when the United States and NATO officially began pulling their remaining troops from Afghanistan after 20 years.

The foreign troop withdrawal has largely been completed, and the process is scheduled to be finished by August 31 under President Joe Biden's orders.

U.S. Secretary of State Antony Blinken, during a visit to India on Wednesday, described as "deeply troubling" reports of escalating attacks on Afghan civilians. He urged Afghanistan's warring sides to seriously negotiate a peace arrangement to end the conflict.

"An Afghanistan that commits atrocities against its own people would become a pariah state. There's only one path, and that's at the negotiating table, to resolve the conflict peacefully," Blinken said.

The U.S. military withdrawal is an outcome of a deal Washington signed with the Taliban in February 2020 in exchange for the insurgents to reduce violence and find a negotiated end to the war with the Afghan government.

The agreement encouraged the warring sides to open peace talks in Qatar last September, but the U.S.-brokered, intra-Afghan process has largely stalled and the conflict has dramatically intensified.

The United Nations said this week that Afghan civilian casualties rose by 47% in the first six months of 2021 compared with the same period last year.

The report warned that Afghanistan could witness the highest-ever number of civilian casualties in a single year if the warring parties fail to urgently negotiate a peace deal in coming months.