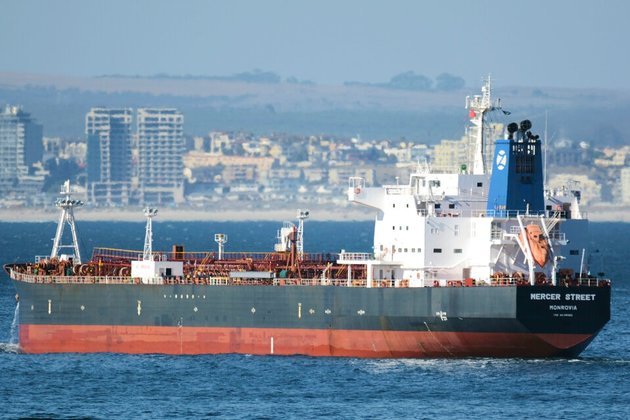 An attack on an oil tanker off the coast of Oman killed two crew members Thursday night, according to the ship's management company, Zodiac Maritime.

"With profound sadness, we understand the incident onboard the M/T Mercer Street on July 29, 2021, has resulted in the deaths of two crew members onboard: a Romanian national and a UK national. We are not aware of harm to any other personnel," Zodiac said in a statement posted on its Twitter account.

The company did not provide any further details about the victims or the attack itself, adding only that the incident was still being investigated.

Though no one has yet claimed responsibility, officials who spoke with The Associated Press and The New York Times said they believed the attack was conducted using several unmanned drones.

Known as suicide drones, these explosive-carrying aircraft can be flown into targets and detonate on impact.

One Israeli security official told AP that Iran was behind the Mercer Street attack, though the official provided no evidence for the claim.

In recent months, attacks on several ships with Israeli connections have been blamed on Iran by the U.S. and Israel.

Israel also has been accused of attacking Iranian nuclear facilities and military posts in Syria.

Tensions between Israel and Iran have escalated recently as the U.S. has sought to restore the 2015 Iran nuclear deal, a move that Israel opposes. The original deal forced Iran to significantly scale back its nuclear program in exchange for relief from economic sanctions imposed by the U.S. and other world powers.

Former President Donald Trump withdrew from the deal in 2018, however, citing what he said was its apparent ineffectiveness, causing Iran to ramp up its nuclear programs the following year.

The tanker was traveling through the northern Indian Ocean with no cargo on board when the attack occurred off the coast of Oman, Zodiac said. The company's most recent statement said that the ship was now sailing to a "safe location with a U.S. naval escort."

Zodiac Maritime is led by Israeli billionaire Eyal Ofer, whose net worth is estimated by Forbes to be $11.4 billion. His shipping firm owns and operates more than 160 ships.

Some information for this report came from The Associated Press.