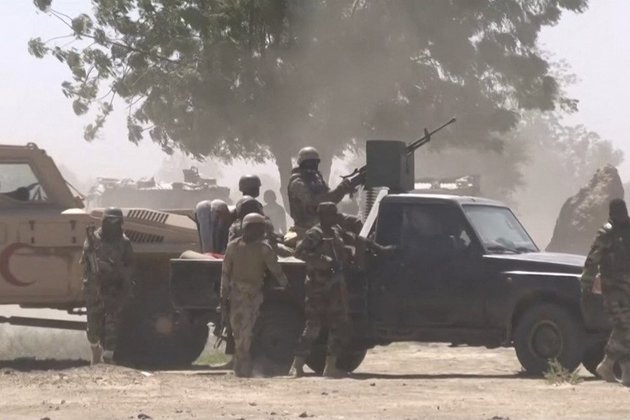 France's foreign minister on Thursday defended a military takeover in Chad despite objections from the opposition there, saying it was necessary for security amid "exceptional circumstances".

The son of Chad's slain leader Idriss Deby took over as president and armed forces commander on Wednesday and dissolved the government and parliament as rebel forces threatened to march on the capital.

Under the constitution, the speaker of the National Assembly should have become interim president. But after the military had already shut down parliament, speaker Haroun Kabadi said in a statement that "given the military, security and political context", he had agreed to a military transition "with full lucidity".

"There are exceptional circumstances," Le Drian told France 2 television. "Logically, it should be Mr Kabadi...but he refused because of the exceptional security reasons that were needed to ensure the stability of this country."

Chad's political opposition has denounced the military's takeover, as did an army general who said he spoke for many officers. Labour unions called for a workers' strike.

Idriss Deby was killed on the frontlines of a battle against rebels who had invaded from the north. An authoritarian ruler for more than 30 years, he was nonetheless a lynchpin in France's security strategy in Africa.

EXPLAINER | What you need to know about what's happening in Chad

France has about 5 100 troops based across the region as part of international operations to fight Islamist militants, including its main base in N'Djamena.

Any instability in Chad, which has the region's best-trained and most battled-hardened troops, would harm efforts to fight Boko Haram in the Lake Chad Basin and groups linked to al Qaeda and Islamic State in the Sahel.

"We know that the military and France forced his hand," Yacine Abderamane Sakine, president of the Reformist Party, told Reuters. "The argument that the president of the National Assembly is old and sick is not credible."

This had been a coup d'etat transferring power from father to son, he said.

Le Drian, who will travel with President Emmanuel Macron on Friday for Deby's funeral and to hold talks with the military council, made no mention of the 18-month time frame.

He said the priority was for the military council to play the main role in ensuring stability and then turn its attention to a peaceful and transparent transition to democracy.

"It's the moment for it to be done when the security of the country has really been established," Le Drian said.

He did not expect Chadian troops to pullout from operations elsewhere in the Sahel region.

The rebels, the Libyan-based Front for Change and Concord in Chad, a group formed by dissident army officers, rejected the military's plan and said on Wednesday that a pause in hostilities they are observing to give time for Deby to be buried would end at midnight.